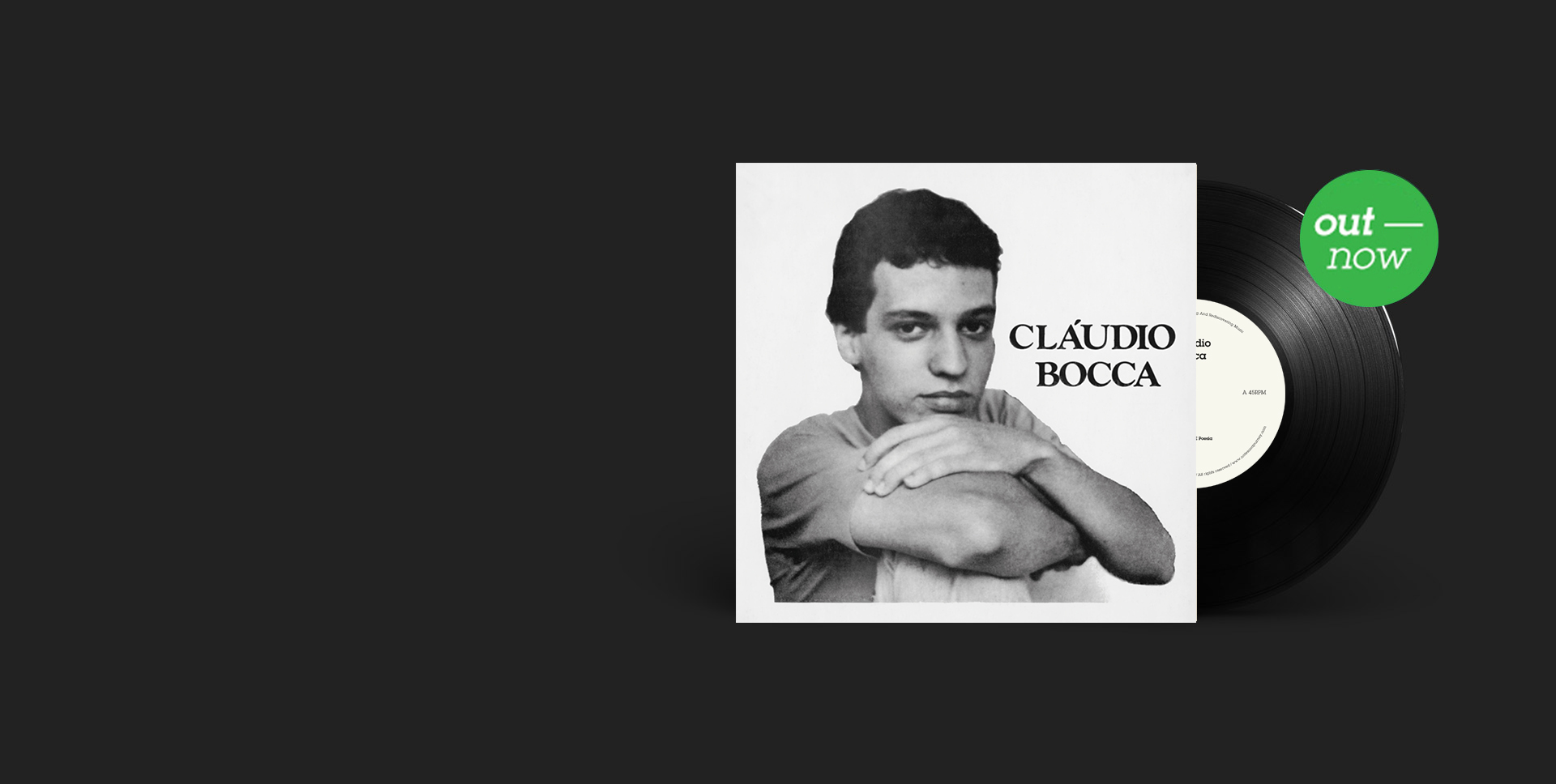 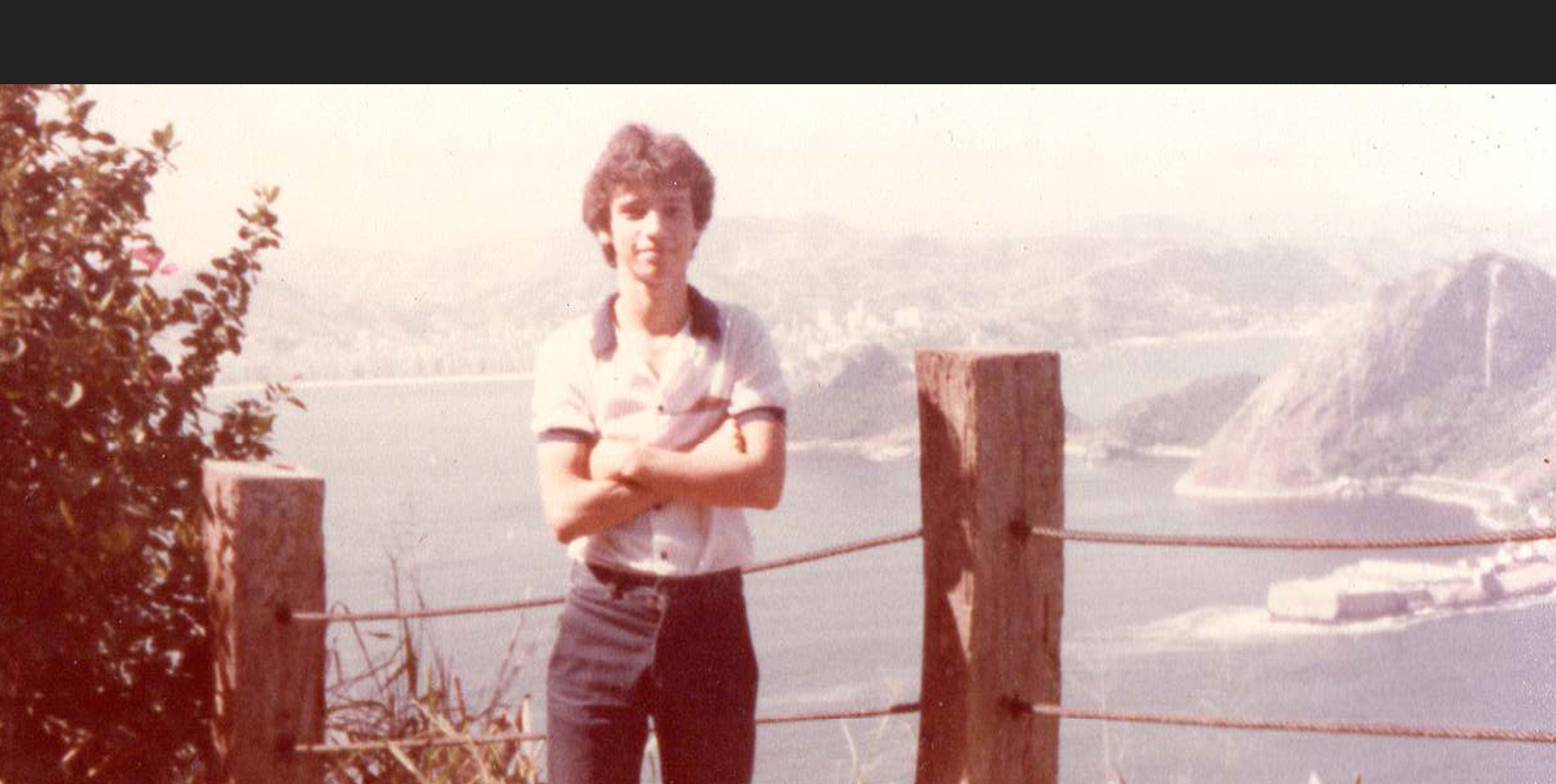 Antônio Cláudio Silva Cardoso, youngest son of Lourdes and Cardoso, was born on April 26, 1966 in North Rio’s glorious Méier neighborhood. Claudio grew up in a family of three siblings. His father, Antônio Cardoso, was a commercial businessman at the old Pancostura, a company that imported and sold industrial textile machines. His mother, Mrs. Maria de Lourdes Cardoso, was a housewife and amateur pianist and singer. Mr. Antônio Cardoso had the harmonica as a hobby, a serious enough hobby that he bought a summer home in the “Sui Generis” Conservatória, a town in the Valença municipality which was popularly known as “Serenade City,” where serenades and singalongs were traditionally held and where the family regularly spent holidays and weekends. 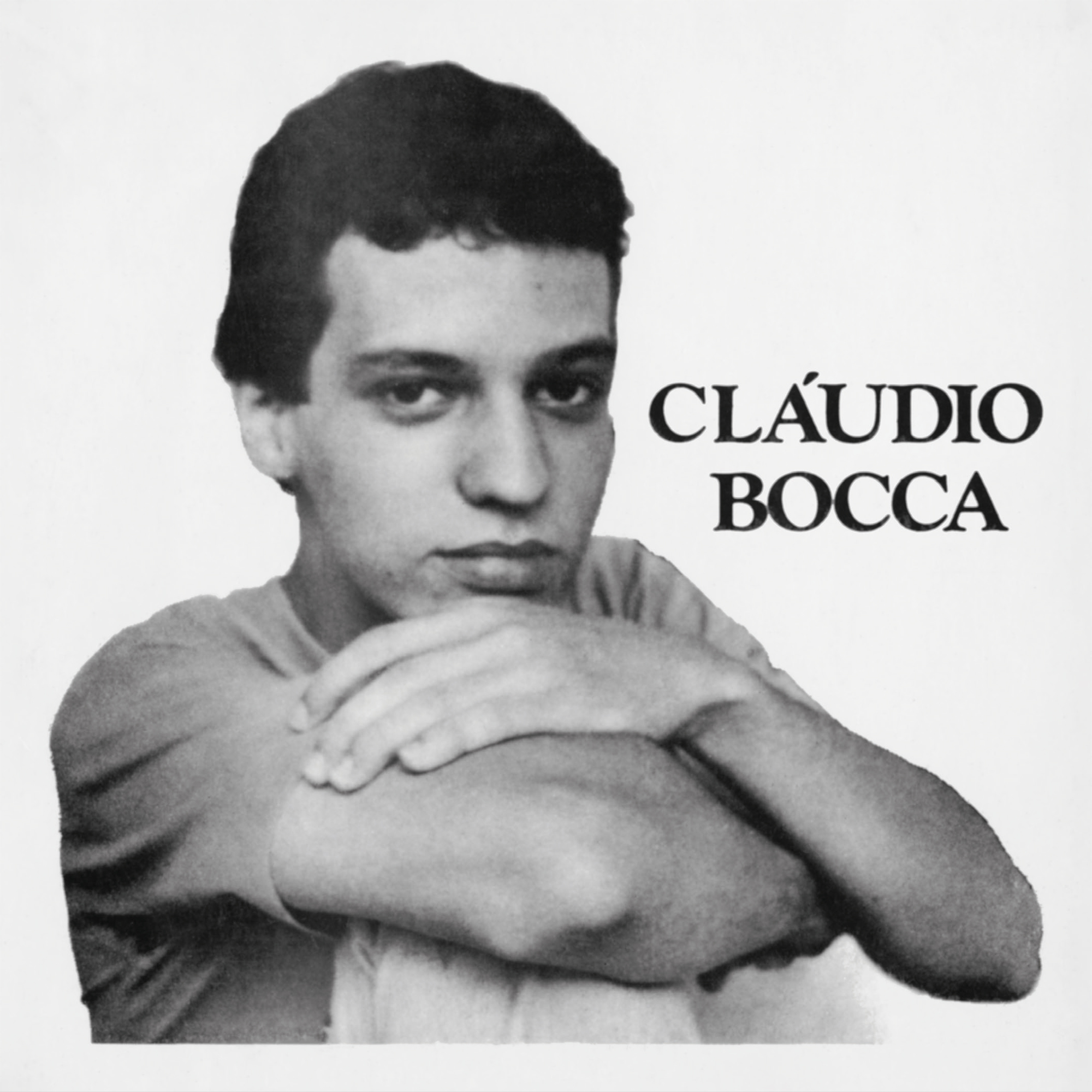 Claudio Bocca’s first contact with the instrument that would determine his future came via Márcia Cruz, the daughter of one of the employees of his father’s company who was also a serenader. Márcia became Cláudio’s next-door neighbor in Méier. Márcia and her brother Júnior took private guitar lessons and this caused Cláudio to become interested in learning the instrument as well, which happened when Cláudio borrowed an old Di Giorgio acoustic from Márcia and became a guitar student as well. He soon abandoned the lessons, replacing them with the chord charts and tablature found in magazines like Vigú and Violão E Guitarra that were available at newsstands in the 80s. 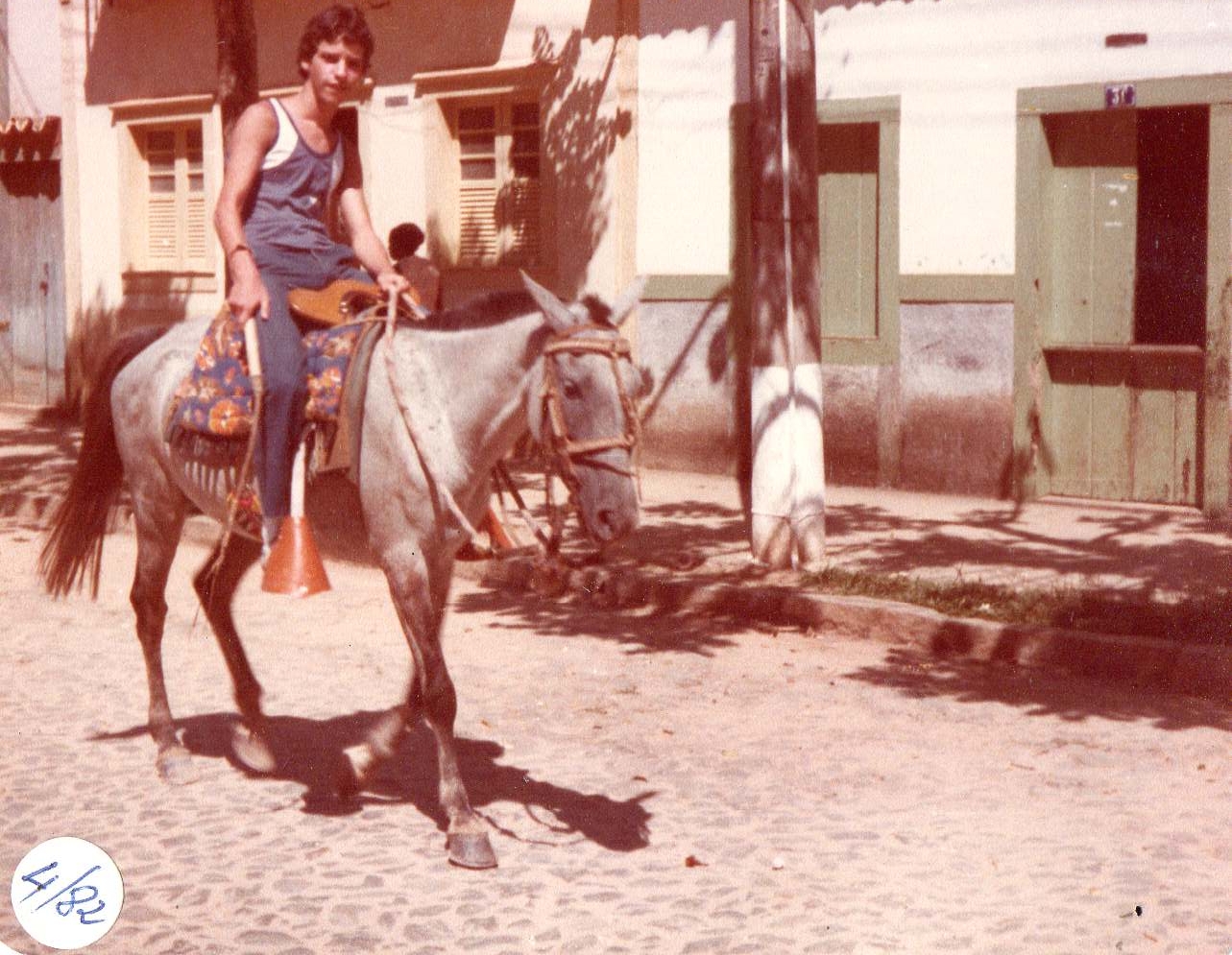 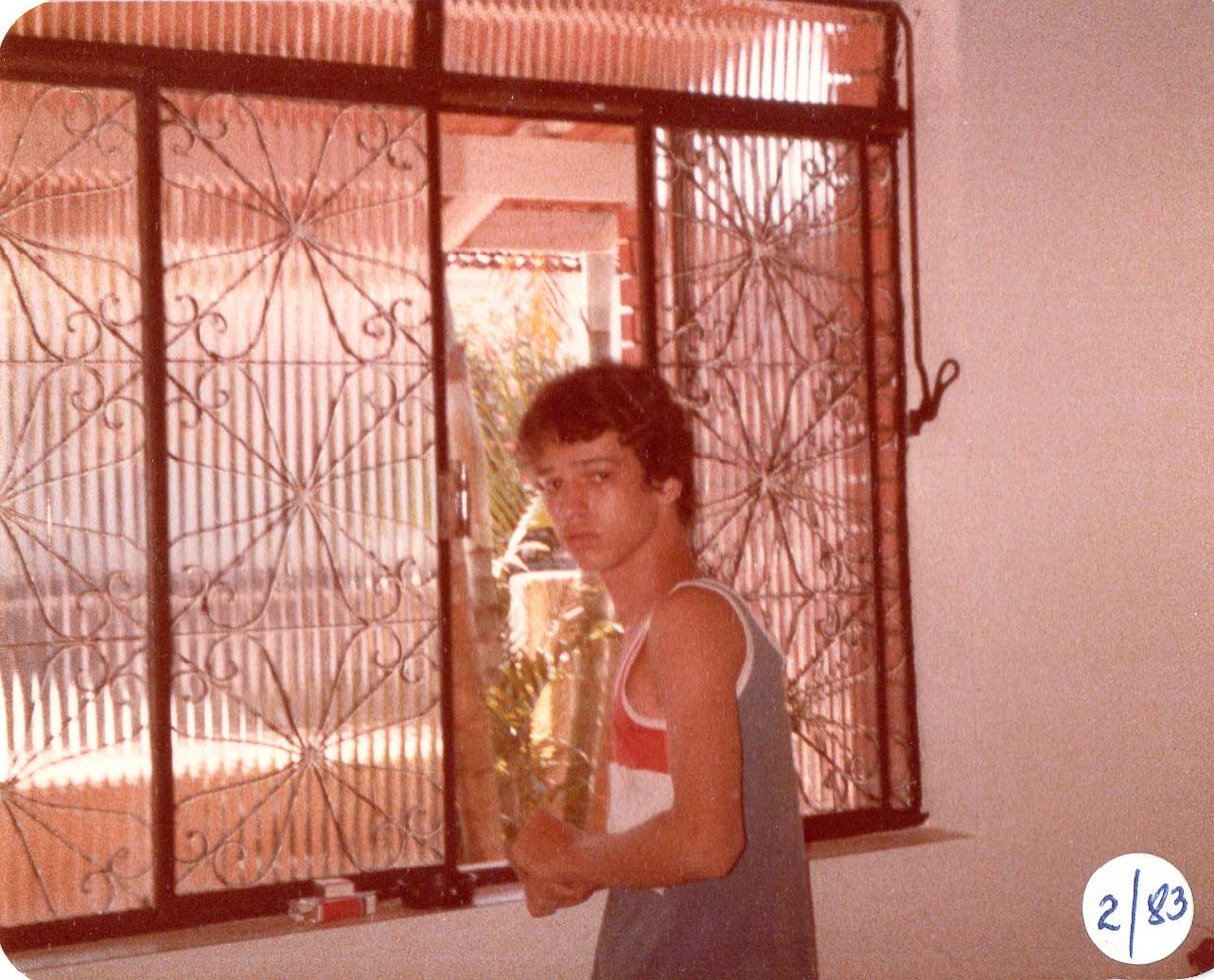 The Colégio Metropolitano, located at 72 Run Lopes da Cruz in Méier, where Cláudio went to high school, regularly held student music festivals for students and alumni. The first time Cláudio participated in one he merely sang. The following year he sang, played guitar and was backed by a band provided by the school for contestants who didn’t have one. By his final appearance at the school festival, shortly before it stopped being held, he appeared backed by his schoolmates Augusto Mattoso on guitar and Márcio Pessanha on percussion, both from his class. When he got his first professional gig, on which he was backed by his now-bandmates Augusto and Márcio, it was at the Ponteio Bar, a small and friendly venue located 630-A Bartolomeu Mitre Avenue in Leblon in Rio’s Zona Sul.

It was at around this time, at one of the budding power trio’s gigs, that Cláudio’s parents decided to invite a few friends and see their youngest son’s band perform for the first time. To the amazement of the couple and the surprise of their friends, they realized for the first time that their son could really sing and had the confirmation that this was what he wanted to do in life. At Mr. Cardoso’s company there was another employee by the name of Gil Figueira, a singer-songwriter who had just recorded his one and only single with the backing of Gaúcho do Luar, founder of the Farroupilha label.

At the first meeting between producer Gaúcho do Luar, Cláudio and Gil Figueira, which occurred at the Sono Viso Studio, a handshake agreement was reached wherein Cláudio’s dad would pay (in checks) the stipulated amount for the production and pressing of the two-song single, and Cláudio would then take the finished tape to the Polygram pressing plant (in Rio’s Boa Vista neighborhood) and then later receive the 1000 copies made. The amount charged by Gaúcho do Luar covered the fees of the musicians hired by Farroupilha Records and the studio time at Sono Viso. The studio belonged to Editora Vozes which was the property of a group of Franciscan friars, the Ordem De Frades Menores. The studio itself was located on the fourth floor of a building next to the Sant’ Anna Church at 1 Benedito Hipólito Street in the Praça 11 area.

The studio’s equipment consisted of a Studer board and tape machine, which was donated by the Studer company itself in Zurich, Switzerland via the Order of Friars Minor. There were also Neumann mics and JBL monitors. The studio became known in the 80s for recording independent projects, and its engineers were acclaimed veterans Toninho Barbosa (the Brazilian Rudy Van Gelder) and Everson Dias.

To Cláudio’s surprise, the musicians awaiting him at 2PM on the first day of recording were the same ones Farroupilha always hired for its usual forró and regional music recordings, which the label cranked out on a virtually daily basis. Cláudio immediately said that “I have a different musical and aesthetic approach that I’d like to explore involving synths and percussion.” To which Gaúcho replied, “OK, if you want different musicians that’s your responsibility.” This responsibility included all expenses related to additional studio time that Cláudio would need, beyond what had already been agreed upon.

The single which Gil Figueira had just released boasted arrangements by Adauto Guerra, whom Gil recommended to Cláudio for his own single, “Marsupial” b/w “Morada Poesia.” Guitarist/arranger Adauto and bassist Luis Emiliano had played together on the Rio club scene for years. Emiliano, who was also an electronic technician, had met the legendary Pianist-arranger-composer Delia Fischer during a professional house call to fix Delia’s mother’s home stereo. The house had instruments scattered everywhere. Delia had also collaborated on Gil’s single which led Adauto and Emiliano to bring her along to the studio and introduce her to Cláudio on the first day of recording.

Delia took on arranging and conducting duties for “Morada Poesia,” resulting in a basic track performed almost entirely by women including Delia on acoustic piano and Fender Rhodes, Cláudia Niemeyer on electric bass, Teresa Coelho on recorder flute and the near-participation of Pitucha (Helena Madeira) on cello, who was replaced at the last minute by Manoel Filho, an old family friend of Cláudio’s.

Unlike “Morada Poesia,” which had parts carefully prepared by Delia for every player she had invited to perform on the track, “Marsupial” had no definite arrangement until the day of recording. “Everything was done right on the spot, we just developed ideas, everybody had suggestions and we experimented,” according to both Cláudio and Delia.
The maestro, arranger, composer and pianist Claudio Dauelsberg, with whom Delia would form the glorious duo Fenix soon afterwards, had just returned from Boston where he graduated from the prestigious Berklee College of Music. He brought with him a Yamaha DX-7 which also proved useful in the studio. The songwriters Paulo Razec and Cado Coelho (Ricardo Le Duque) helped out on backing vocals and also brought along drummer Ubiratan Silva.

The cover image (which was graphically enhanced), an uncredited photo by Cláudio’s sister Cristina, was shot at home in the backyard. The final result was never fully approved by Cláudio, who was trying to go for an effect similar to Lô Borges’ 1984 LP Sonho Real, except with zero budget.

Claudio vividly recalls being a 19-year-old standing in the Polygram pressing plant’s parking lot, after picking up his 1,000 copies, staring at all those boxes of singles in his trunk and thinking,
“OK, what do I do NOW?”

Through a friend of his dad’s, Cláudio was put in touch with a PR firm called MM Artglobal and arranged via phone to go pay them a visit. He was met by the twin brothers who ran it, Márcio and Marcos Monteiro. Márcio was married to singer Adriana (of “Anjo Azul” and “Justo Nesta Noite” fame) and the agency served as her home office. MM arranged shows for other artists but didn’t manage or represent any of them.

Even with the unanimous approval of Adriana and the Monteiro brothers after hearing the single, there wasn’t much the agency could do for young Cláudio. In 1986 Adriana was releasing her fourth album and was embarking on a promo tour with her label RGE’s promotional representative which consisted of visiting AM stations at night to be interviewed and promote her own new single “I Love You Baby.”

Márcio Monteiro suggested that Cláudio tag along with Adriana to these interviews, so that she could serve as his “godmother” of sorts, introducing him to the on-air personalities. Countless copies were distributed to these AM stations but only got played once before vanishing into the stations’ vinyl archives.

Cláudio began attending Adriana’s rehearsals and ended up joining her band as a backing vocalist, both live and on her 1988 LP Dom De Ama which featured arrangements by Ricardo Feghali and members of the band Roupa Nova.

After leaving Adriana’s band a decade later in 1997 Cláudio went back to doing a solo voice-and-guitar act in Rio bars before moving to Angra dos Reis in southeastern Rio state with the idea of becoming a resident artist at the Pé Na Areia Inn in Biscaia, where he met his wife.

An award winner at the tenth Music And Ecology Festival in Ilha Grande in 2006, Cláudio happily enjoyed a fruitful period of regular appearances on TV and radio to a large audience on the beautiful Green Coast of southeastern Rio De Janeiro State.

In December 2008 he inaugurated the Rosa Café Inn in Paraty in the southern part of the state. He fully dedicated himself to the hotel business, sporadically performing at events sponsored by the City Halls of Angra dos Reis and Paraty.

Cláudio’s grandparents were Portuguese and, having European citizenship, he decided in 2016 to go in the opposite direction, moving to Portugal with his family where he lives today as he always wanted to live, surrounded by sun and sea in the verdant Costa de Caparica region.